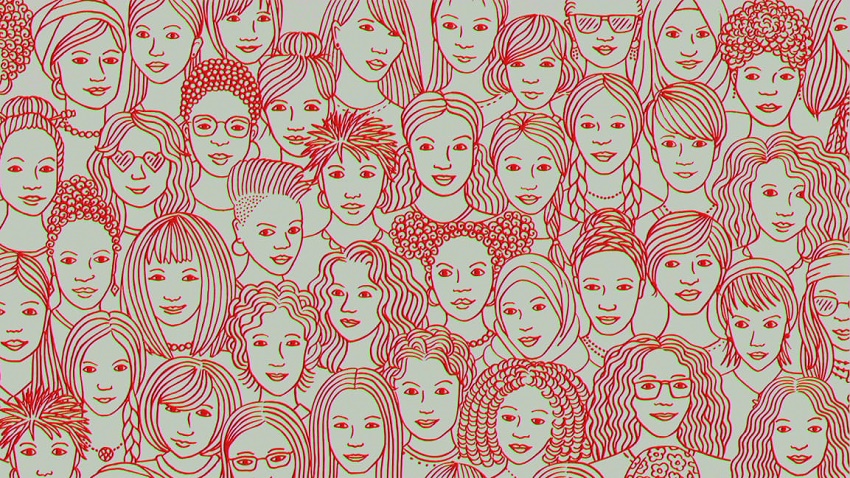 A Letter from Cynthia 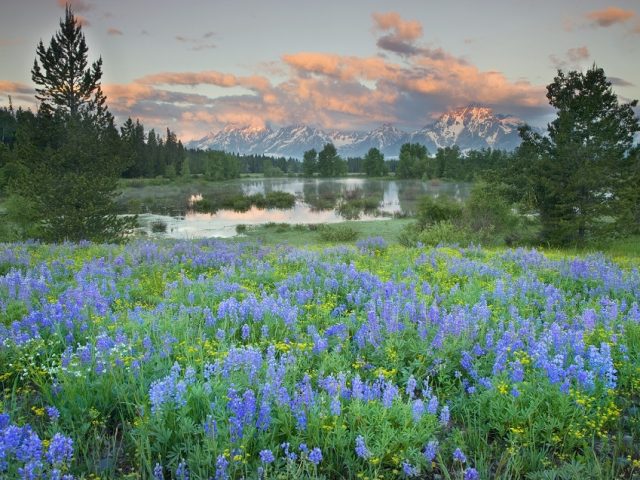 As the general election looms ever closer, concern about the voting process is intensifying. There was a great piece in The Fulcrum this week by LeeAnne Grapes about combining mailed ballots with ranked choice voting to ensure a healthy & safe voting process:

Of course, no one could have foreseen a pandemic upending life as we know it. But as the threat of coronavirus became increasingly pressing, the state’s Democratic leadership responded by cancelling the in-person caucuses and instead mailing every registered Democrat a ballot that could be dropped off or mailed back.

This nimble response made it possible to avoid the dismal prospect of a delayed or cancelled election. Voting must be as open, easy and accessible as possible in order to maintain election integrity. And, while there are still ways to make Wyoming elections more accessible — online or automatic voter registration and open primaries — voting by mail is a way to accomplish that.

Now other states should follow Wyoming’s lead and implement mail-in voting. Some states that have delayed primaries still have time to ensure that everyone can have a say without endangering health. Rhode Island, for example, moved its primary from April 28 to June 2, a five-week delay that Democratic Gov. Gina Raimondo promises will be ample time to get mail ballots in the hands of all eligible voters.

This model could work well outside of a presidential contest as well. And ranked-choice voting could be particularly useful for the many states that have runoff elections planned. With RCV, no one needs to return to the polls weeks or months later; instead, the system essentially allows voters to make their primary and runoff choices at the same time because of its “instant runoff” process of weeding out lower-finishing candidates until just one has majority support.

Understandably, some are worried about unintended consequences of adopting “new” methods, contending it is safer to delay elections and use existing systems than innovate. Voting by mail and ranked-choice voting aren’t new or unfamiliar; in reality, both are tried and true. Easy, no-excuse absentee voting has been an option in Wyoming for years and is the law in 33 states and the District of Columbia.

Similarly, ranked-choice voting is used in jurisdictions across the country, including five states for presidential primaries, all Maine’s federal elections and in local elections across eight states. In Wyoming, eight names were on the ballot. So, even though the race had ended by the time the state’s contest closed, plenty of people voted beforehand. That means, with the help of RCV, Joe Biden got a good view of where his support stands in the state compared to Bernie Sanders and all the rest — and supporters of all eight still got their voices heard.

We don’t know what the country will look like in two months — if polling places will be safe places to congregate or even if people will be permitted to leave their homes. We do know fair elections are sacrosanct. The choices we make now will have an impact on our democracy for generations to come.

Mail-in voting with ranked ballots safeguards that process. Take my state’s word for it. 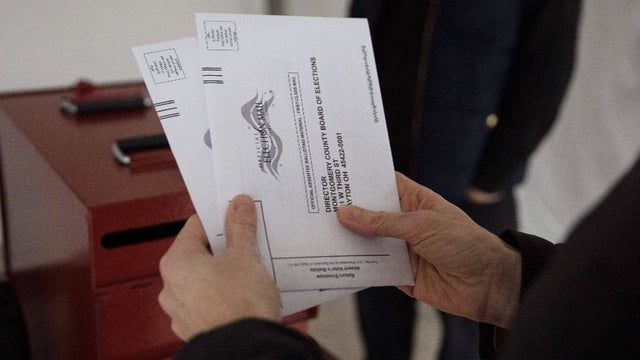 RepresentWomen board member Amber McReynolds – CEO of Vote At Home – is leading the work to ensure that every qualified voter gets a ballot mailed to them. Amber had a piece in The Hill this week:

One hundred forty-three cases of fraud using mailed ballots over the course of 20 years comes out to seven to eight cases per year, nationally. It also means that across the 50 states, there has been an average of three cases per state over the 20-year span. That is just one case per state every six or seven years. We are talking about an occurrence that translates to about 0.00006 percent of total votes cast.

Oregon is the state that started mailing ballots to all voters in 2000 and has worked diligently to put in place stringent security measures, as well as strict punishments for those who would tamper with a mailed ballot. For that state, the following numbers apply: With well over 50 million ballots cast, there have been only two fraud cases verifiable enough to result in convictions for mail-ballot fraud in 20 years. That is 0.000004 percent — about five times less likely than getting hit by lightning in the United States. 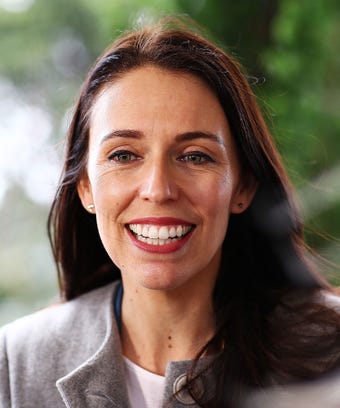 The prime minister of New Zealand was in the news again this week as evidence grows that her response to the COVID-19 crisis has been effective. Julie Kohler wrote a piece for Refinery29 that makes the case that there are plenty of able women ready to lead in the United States but they face various barriers:

What will it take for women to be viewed as political assets, not risks, especially at the highest levels of elective office? The current crisis gives us an opening, but deeper work is needed.

First, we must challenge the widespread gender bias that affects women candidates and the ways it is amplified by talking heads (including some with personal histories of offensive or demeaning behavior toward women). As philosopher Kate Manne has noted, women political candidates are held to higher standards to be deemed “competent,” viewed as less “likable” when they are, and punished for failing to appear sufficiently warm and compassionate. Black women experience particularly heightened bias, with voters viewing them as less competent than their opponents on economic and security issues.

Second, we must work to reform our political institutions. Cultural attitudes about electability are reflections of who political systems and practices were designed to include — and who they were not.

In a series of interviews I conducted with Democratic women state legislators, I heard concrete examples of how policies and practices affected political representation. Georgia State Senator Nikema Williams said, “Serving in the [Georgia] legislature is a part-time job. I earn $17,000 a year… The current rules make it very difficult for people who don’t have means to serve.” Moreover, the long, irregular hours of political campaigns and legislative sessions can be challenging for parents of young children. Reforms like allowing campaign funds to be used for childcare — something Liuba Grechen Shirley pioneered in her 2018 New York congressional race when she successfully petitioned the FEC — helps individuals with significant caregiving responsibilities to participate in public life.

It is imperative that we emerge from this crisis not making the same mistakes we made going in. The time has come to double down on eradicating the barriers to reflective and inclusive democracy. 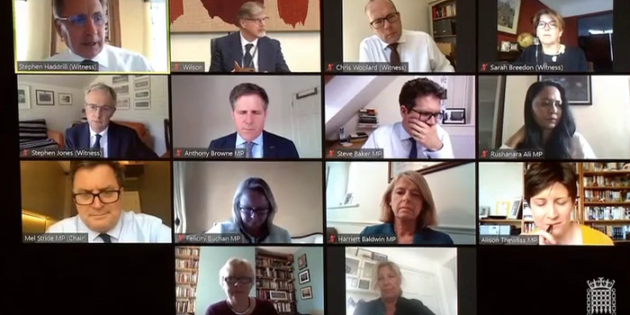 There was a fascinating piece on The Democratic Audit by Stephen Holden Bates, Steve McKay, & Mark Goodwin on gender balance on the newly elected select committees in the UK which offers an excellent road map to the types of reforms that would address the barriers cited in the piece above. I encourage you to read the entire piece for a deep dive into crafting rules & systems that truly advance women’s representation and leadership but here is a snippet:

Our research in Politics and Gender showed that gendered patterns across select committee membership are not systematically disrupted because of increases in female MPs. We, therefore, cannot simply just wait for a cohort effect and put our efforts solely into getting more women elected to the House of Commons. Neither can we rely solely on existing reforms because, however positive in some regards, there is at least some circumstantial evidence to suggest that they are often in tension with powerful informal institutions that sustain gendered power imbalances.

We therefore believe Parliament should turn to some of the unimplemented recommendations of The Good Parliament report by Sarah Childs that concern committee composition and chairing:

Implementing Recommendation 15, the responsibility of the Commons Reference Group on Representation and Inclusion, would ensure that women’s leadership positions as Committee Chairs would move considerably closer to parity and may help disrupt some of the persistent gendered membership patterns highlighted above. Implementing Recommendation 30, directed to the Procedure Committee, would prevent all-female or all-male committees, such as has been seen with the composition of the current International Trade Select Committee. 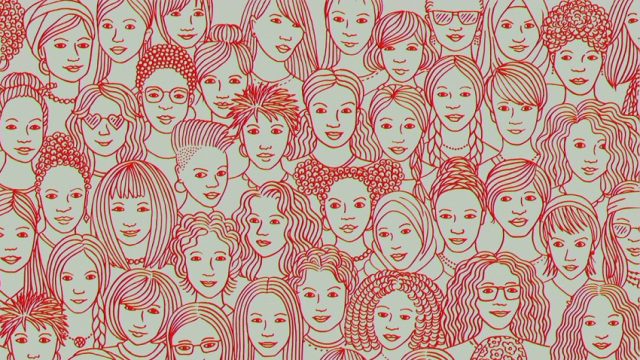 Claudia Reuter had an interesting analysis on Fast Company of strategies for women to succeed in the private sector and beyond:

Consider that while 36.6% of college graduates in the U.S. are women, only 2.7% of venture funding went to women last year, less than 6% of the Fortune 500 have female CEOs, and only 20% of board seats are held by women globally. The story of the struggle for equality in the workforce has been long, and while it is still ongoing, it is worth taking time out to pause and consider where we are in the narrative. What strategies are available to women as we embark on this new chapter in a new decade?

Part of what has enabled as much progress as we’ve seen for women and other groups is a mindset dedicated to righting wrongs, seeking them out, and withstanding the backlash of entrenched interests unwilling or, perhaps, unable to make space for those who only recently had been minor characters in our shared understanding of the world of work.

But running in parallel to the steps forward, a false dichotomy has emerged, making the conversation around women and work more difficult. In the past 10 years, as an unprecedented number of women have received degrees in higher education, and stepped into the workforce prepared to rise in the ranks, a conversation on opting into or opting out of the workforce has emerged.

By pushing a narrative into the mainstream media on “leaning in” versus “leaning out,” women are inadvertently being led to argue about which side they are on as if those are actually the choices. The decision tree looks like doubling down on your career or making it secondary to family.

I don’t think that’s what Sheryl Sandberg meant to say when she wrote Lean In, and I don’t think that was an argument Michelle Obama was trying to have when she said leaning in didn’t work all the time. Rather, I think Sandberg was making a call for women to lean in to their leadership abilities and Obama was articulating that paths are not always linear. But the conversation held in the media made it seem like they were completely at odds with each other. There was no room for an actual conversation, just a sound-byte-driven debate. 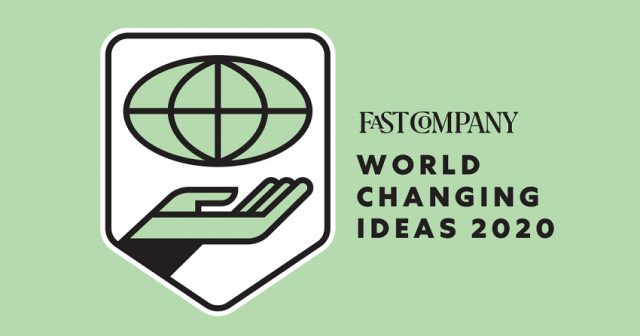 And there was more interesting news from Fast Company this week! Ranked Choice Voting was honored as a finalist in their list of World Changing Ideas for 2020 – my husband and I have been pretty smitten with ranked choice voting for the last 30 years but we are glad that others are growing fond of the reform as well:

Innovative campaigns or policy initiatives that challenge the status quo for the benefit of the environment, equity, and society. Read about the winner: a campaign that’s fighting to let formerly incarcerated Floridians keep their right to vote. 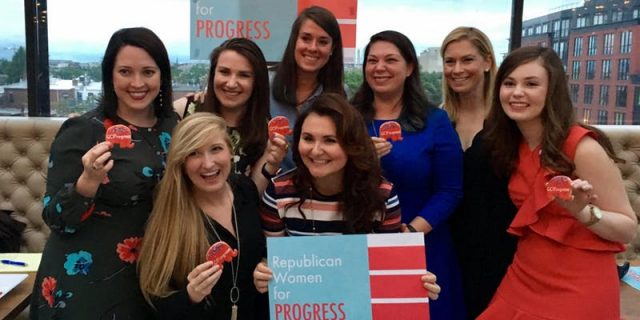 Republican Women for Progress is celebrating their 3rd anniversary with a virtual happy hour on Zoom on Tuesday May 5th at 6pm – register here! 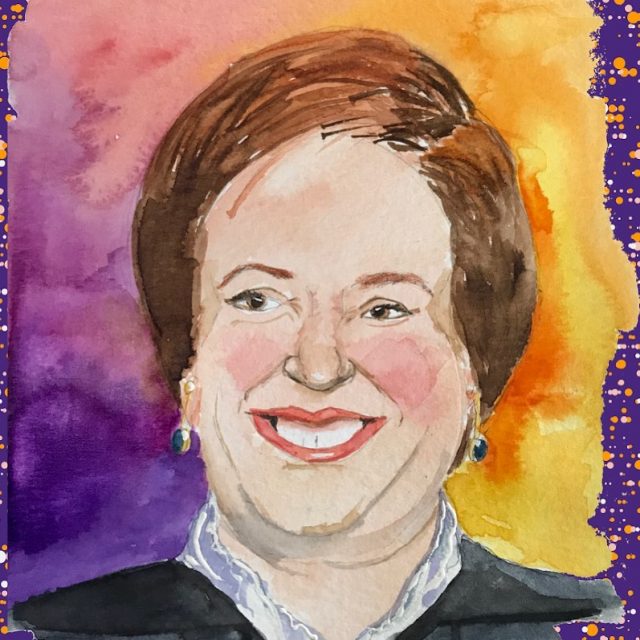 Along with a number of other women leaders included in our Suffrage Centennial round up: 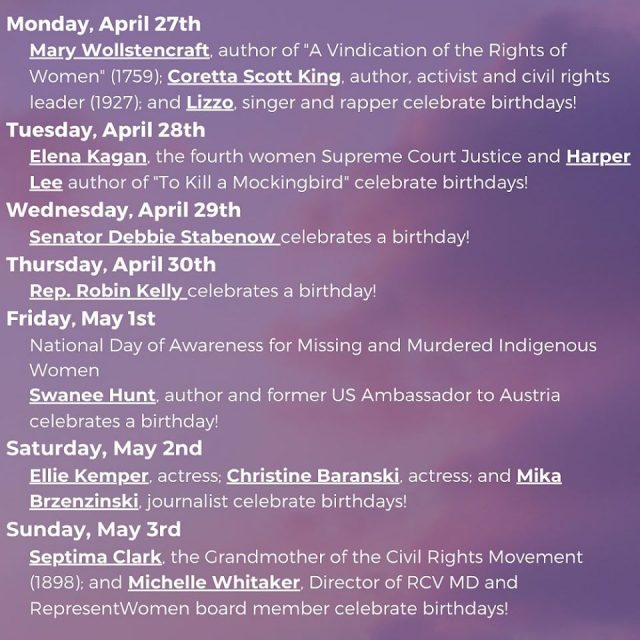 As I read through the Google Alerts to prepare this blog each week I am reminded of the remarkable work of women from around the world who have pushed for institutional reforms to advance women’s representation and leadership. I hope that you will visit the RepresentWomen website to learn more about these system strategies that enable all women to run, win, serve, and lead: 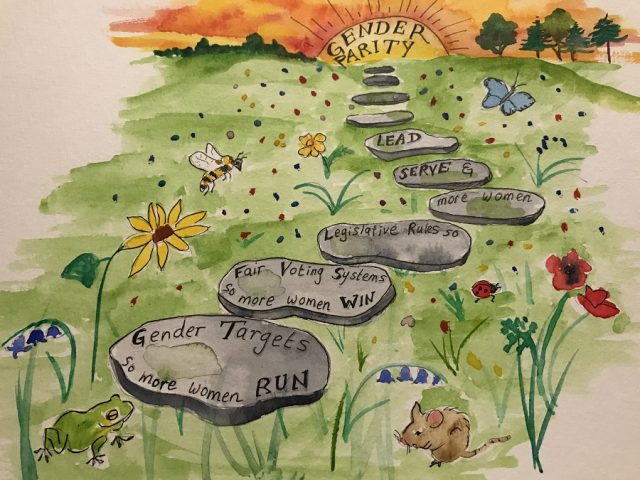 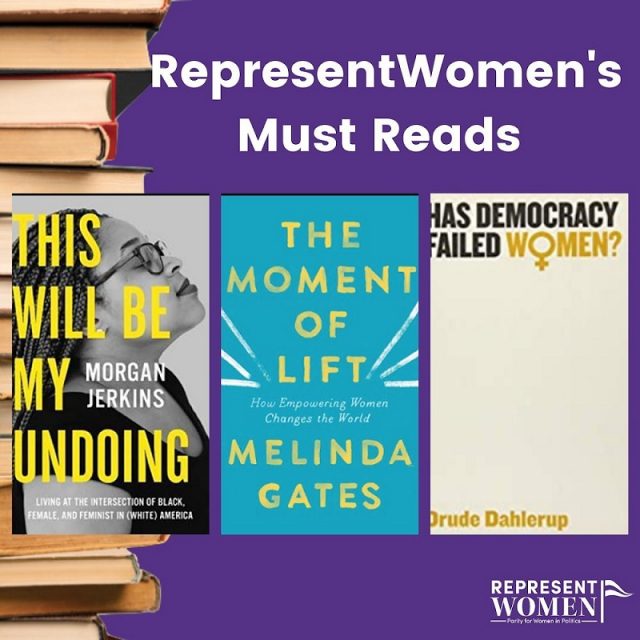 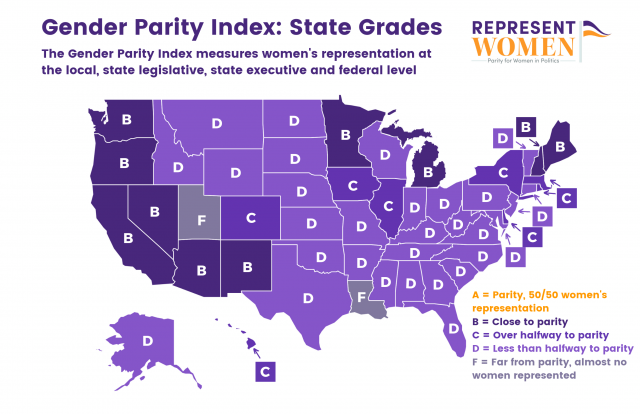